I wrote an op-ed for the New York Times (my first time writing there instead of being quoted!), from the perspective of 200 years in the future when people have nostalgia for the good old days of quaint emoji. Here’s one part that I liked (longer excerpt here).

The early 21st century was also a golden era for linguistic innovation related to using indirect constructed dialogue to convey actions and mental states. In speech, this era saw the rise of “be like” and in writing, the “me:” and *does something* conventions. (And I’m like, how did people even communicate their internal monologues without these?? also me: *shakes head* yeah I have no idea.)

We now take these linguistic resources for granted, but at the time they represented a significant advancement in modeling complex emotions and other internal conditions on behalf of oneself and other people. Imagine being limited to the previous generation of dialogue tags, which attempted to slice everything into sharp distinctions between “said,” “felt” and “thought.”

I was very proud that this op-ed got me no fewer than five (5!) entries in New New York Times, a twitter account that tracks words that appear in the New York Times for the first time. (Also, which unhyphenated compound word from the early 23rd century are you?)

I also did quite a lot of travel!

Toronto – book event in conversation with Ryan North (of Dinosaur Comics fame), featuring a packed house with many old friends at The Ossington with Flying Booksn.

Portland – XOXO fest where I held a language meetup for the second time, introducing people to the excellent word game called Contact, left some signed copies at Powells, and gave many Because Internet stickers to people!

Seattle – two talks about the book, one internally for Textio in the afternoon, and one in the evening for the public with the Seattle Review of Books and Elliott Bay Books.

The third Language Files video in my recent collaboration with Tom Scott and Molly Ruhl went up, this time about the language sounds that could exist, but don’t (the forbidden grey boxes of the International Phonetic Alphabet).

The main episode of Lingthusiasm was a bilingual video episode interviewing linguist Dr Lynn Hou about her research on signed languages in natural contexts, including ASL on youtube and Chatino Sign Language, in ASL and English. The bonus episode was a behind-the-scenes look at the writing process for Because Internet. Watch the video episode here:

My keynote talk about internet linguistics at the CoEDL Summer School in Canberra, Australia last year went online. I also switched this monthly newsletter from Mailchimp to Substack (existing subscribers were already migrated, and you can still view it online at gretchenmcculloch.com/news, but if you’d like to get an email when I write a new post like this, you can sign up here).

I spent a week at a friend’s cottage by a lake for a much-needed respite, where I wasn’t on the internet much but did enjoy JY Yang’s Tensorate series :)

Here’s a photo of me and Ryan North just before our event in Toronto, featuring the really excellent sign based on Because Internet that The Ossington made for us!

The preorder link for my book went up this month! You can now preorder Because Internet as a delightful surprise for your future self and to let the publisher know that people are interested in internet linguistics, either online by following the links here or by contacting your local indie bookstore. (Want a hint of what’s inside? Today in Things I Tell My Copyeditor: “stet, this is a Unicode joke”)

The Lingthusiasm main episode was about words for family relationships, or kinship terms, and the bonus episode was a behind the scenes Q&A episode where we answered your questions about the shape of the ear, very old words, and more. (The Q&A is also available as a special video episode for patrons!)

I finished my trip to Australia with a visit to Adelaide for the annual meeting of the Australian Linguistic Society, where I did a workshop on linguistics communication (#lingcomm).

I then ended the year in Spain!

This month’s photo is from Adelaide, where a group of linguists naturally chose to have dinner at the restaurant with the most, er, phonetic name. 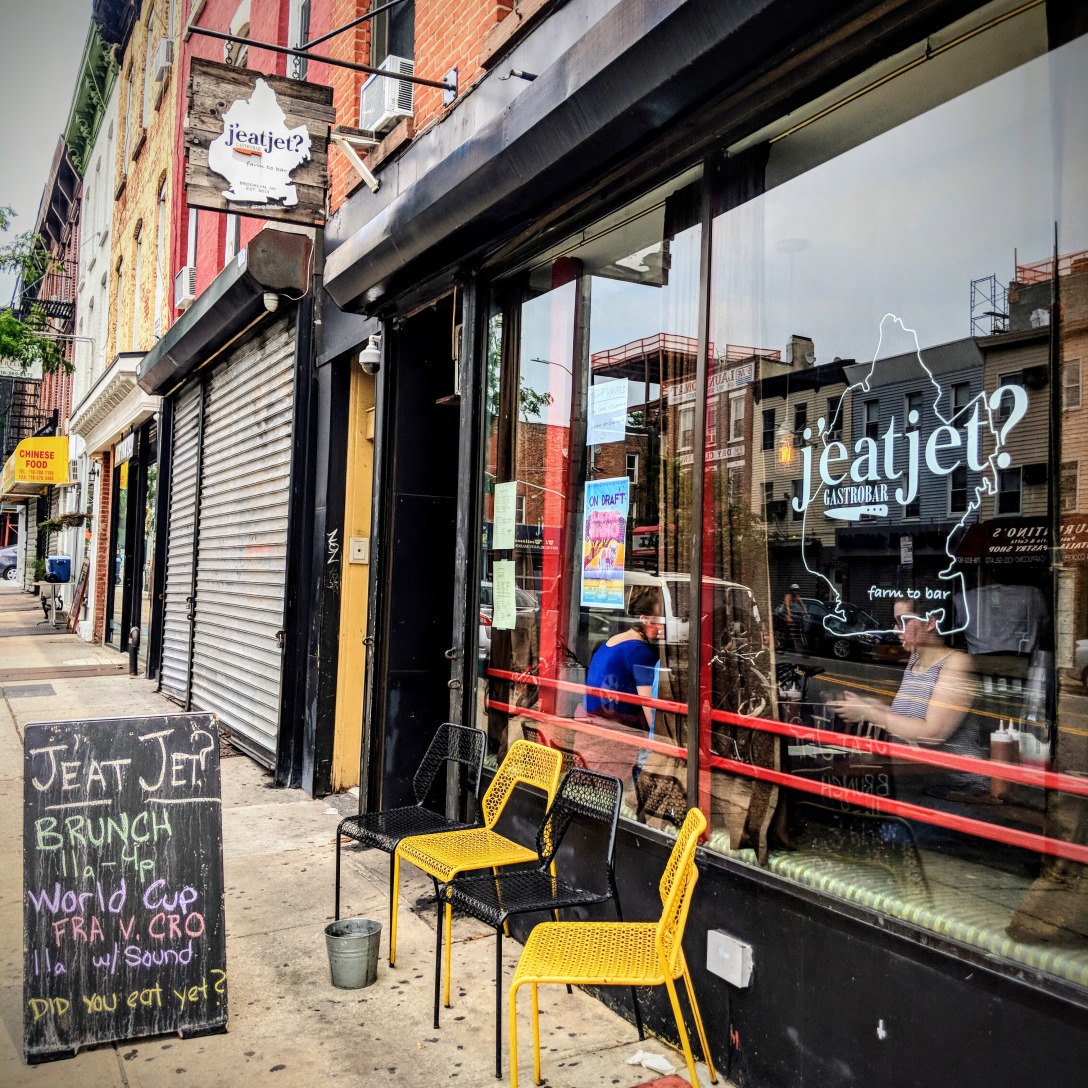 My book on internet language is now heading into copyedits and will be out sometime in mid-2019! I wrote a blog post about the latest stage of the writing process and I’ve been tweeting periodically about it as well. If you want to be the first to find out when there’s more news available, you can put your email address here and I’ll make sure you don’t miss anything.

I gave a talk about Emoji as Gesture at the second EmojiCon, in Brooklyn (see livetweets at #emojicon18), and went to Dartmouth for a workshop on Automatic Speech Recognition for Endangered Languages. I also met up with a bunch of interesting people while I was in the NYC and Boston areas and went to EmojiLand, a surprisingly deep musical about emoji!

This month’s Lingthusiasm main episode was about This, That, and The Other Thing – Determiners and the bonus episode was about words that look or sound the same and the cool sentences we can make from them, featuring The Buffalo Buffalo sentence and more.

This month’s photo is the sign of the excellently-named restaurant j’eat jet? (Did you eat yet?) in Brooklyn, near the venue for EmojiCon. 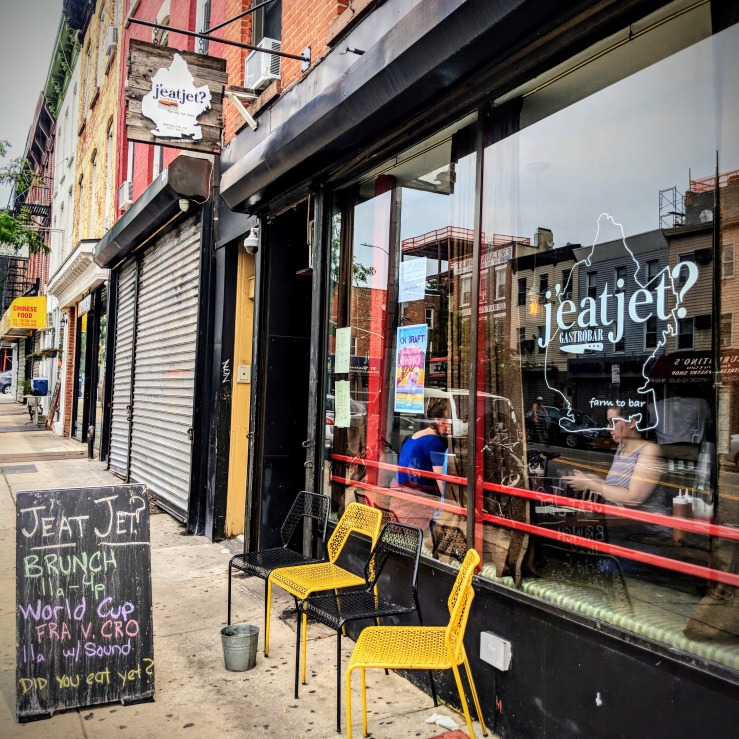