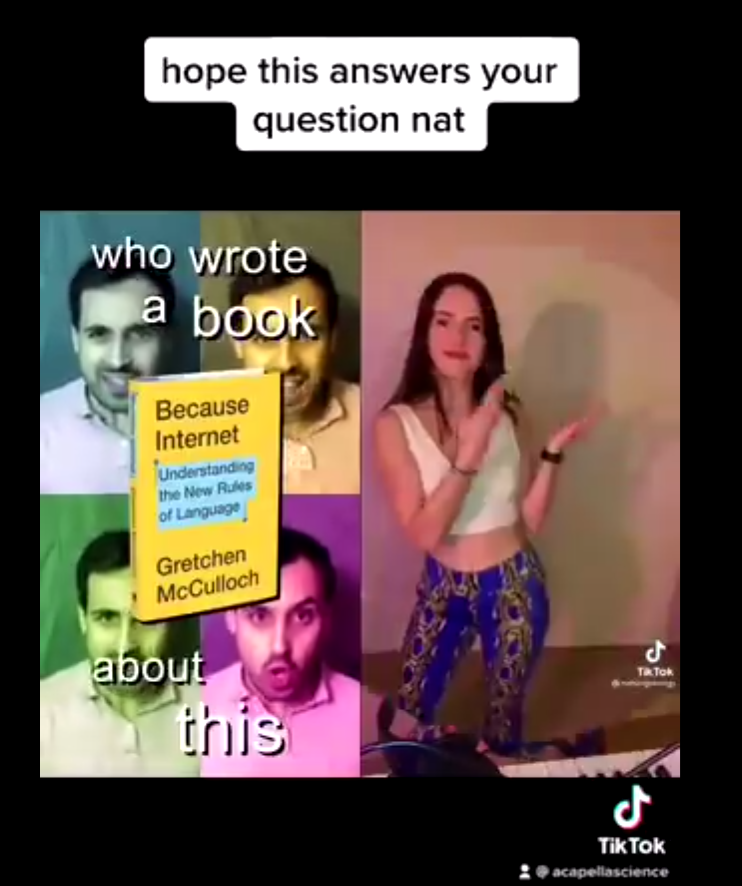 I started off the year as usual at the Linguistic Society of America annual meeting, at which I was honoured to be the recipient of the Linguistics, Language, and the Public Award. I put up my acceptance speech as a blog post (and also a reminder that I wrote a series on how to have a career sorta like mine). Although this year was virtual and Word of the Year had been in December, it was still great to see everyone in the unofficial Gather space that I made for the conference (thanks to everyone who helped brainstorm ideas for what to call a fantasy linguistics coffeeshop). Also thanks to Christian Brickhouse and Lauren Collister for running the annual Wikipedia editathon with me, which we also did in Gather and it worked well there.

There’s also now a directory of all of the Mutual Intelligibility posts, a whole year’s worth of compiled resources, which we put up to conclude the project. Many thanks to everyone who read and contributed to the project, especially our editor Liz McCullough.

The main Lingthusiasm episode this month was about how writing is a technology (a companion to the final Crash Course episode), and the bonus was our 100th episode total, a “director’s cut” of excellent deleted scenes from previous episodes that we’d had to cut for time. It’s also the one-year anniversary of launching the Lingthusiasm patron Discord, which has since become a place that’s lively and active but not too much to keep up with, in my opinion an ideal state for an online community.

Someone made a musical tiktok video asking why adults over 40 use ellipsis so much, a lot of people tagged me in it so I tweeted about it, and then the delightful A Capella Science made an extremely catchy response video, also in music, with the answer:

This month’s image is a screencap from the A Cappella Science video about Because Internet, which I still utterly cannot get over. Amazing.